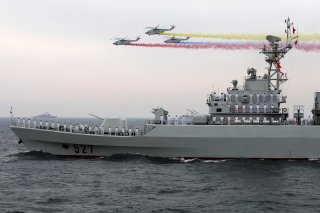 Here’s What You Need to Remember: Nonetheless, apart from an electromagnetic catapult, it is not clear what, if any, additional U.S. Navy Ford-class technologies may have been replicated by China’s new carrier, apart from its external design.

Unlike the Ukrainian-built Liaoning, China’s first carrier, and its first domestically built carrier, the Shandong, the third Chinese carrier is not built with a ski-jump kind of aircraft take-off ramp. Rather, it looks more like a large, flat-decked U.S. carrier, and the use of an electromagnetic catapult is exactly the kind of technology now used by the U.S. Ford class.