This Is Weird: China Has More Tanks Than It Knows What to Do With 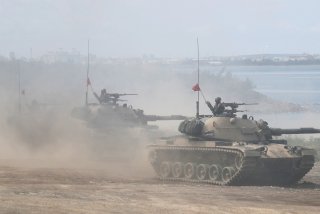 Here's What You Need To Remember: At present, old and obsolete tanks comprise roughly half of the Chinese inventory. But the mix of tanks in the People’s Liberation Army is changing fast as Beijing develops new models and buys them in bulk.

But China, not the United States or Russia, possesses the planet’s biggest tank force, altogether possessing a whopping 6,900 tanks.

David Axe serves as Defense Editor of the National Interest. He is the author of the graphic novels  War Fix, War Is Boring and Machete Squad. This article first appeared in 2019.