What Are America's Next Steps Beyond AUKUS? 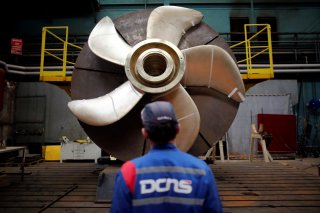 The AUKUS deal announced last week is a watershed moment for Australia, the United Kingdom, and the United States. I have argued for years that Australia should acquire nuclear-powered submarines, so it should come as no surprise that I believe this is a major breakthrough. When they come online, these and other announced systems will not only be able to assist in Australia’s own defense, but could also help to stabilize the deteriorating military balance in Asia and reassure some countries of America’s own commitment.

Since the AUKUS announcement, however, much attention has focused on French frustration with the deal, rather than on the next steps to build upon this agreement. There is no question that policymakers in Washington, Canberra, and London need to practice careful diplomacy with Paris in the coming days. But the ruckus over AUKUS has distracted from its larger strategic implications.

With that in mind, here are five practical recommendations to capitalize on AUKUS’s momentum:

1. Establish a trilateral forum with Indonesia: In the long-term, the third-party most affected by the AUKUS deal may well be Indonesia. Nuclear-powered submarines will give Australia the ability to better monitor critical maritime chokepoints running through the Indonesian archipelago. Done right, this could deepen Australian cooperation with Indonesia and increase both countries’ security. Done wrong, it could be a long-term irritant in not only Australian relations with Indonesia, but American ties as well. Therefore, the United States and Australia should move expeditiously to set up a trilateral forum with Indonesia. This could help to reassure Jakarta that Washington and Canberra are intent on using this enhanced capability in consultation with, and to the benefit of, Indonesia. After all, the last week has demonstrated the importance of careful early outreach to concerned partners.

2. Accelerate AUKUS capabilities and posture shifts: Back in Australia, there is an opportunity to speed up the delivery of new capabilities. Australia wants a domestically-built system, but needs new submarines before they would be produced in the mid-2030s. One alternative is to go with a proven design, likely the Virginia-class submarine, and to lease several boats from the United States. This would require adding capacity to the existing Virginia-class production line, but that is something US leaders should already be doing. If Washington funds a new shipyard in the massive infrastructure bill, this would allow production of three Virginia-class boats per year, making it possible to lease several to Australia before the end of the decade. American and Australian crews could then train together on these ships, giving Australia early practice in nuclear-powered submarine operations and the United States more experience operating from HMAS Stirling in Perth. Chinese leaders have an apt label for this: win-win cooperation.

3. Consider sharing B-21s with Australia: Unfortunately, a handful of nuclear-powered submarines will not be sufficient to surveil all of Australia’s approaches. There is good news, however: Yesterday, the US Air Force confirmed that five B-21 bombers are currently under construction in the United States. These aircraft will do in the sky what nuclear-powered submarines do below the water — provide a stealthy long-range surveillance and strike capability. Although technology sharing issues would be challenging, Washington and Canberra have shown that they can overcome them with some of the most sensitive military technology in existence. This would be reminiscent of Australia’s acquisition of F-111s 50 years ago; that too was a smart move for both allies.

4. Co-develop ground-based missiles with Japan: Some have asked why other US allies in Asia weren’t involved in the AUKUS deal. But America’s other regional allies have very different needs than Australia. Tokyo, for example, does not want nuclear-powered ships, but it does want deeper cooperation on long-range strike capabilities. To this end, Japan and the United States should co-develop a ground-launched long-range anti-ship cruise missile. Co-developing this type of system would deepen the US-Japan alliance in much the same way that nuclear-powered submarines will deepen the US-Australia alliance. If done right, this system would also be an attractive option for other allies and partners in the region, including Australia, the Philippines, Vietnam, and even Taiwan.

5. Bring America back to the trade table: It should come as no surprise that China’s response to the AUKUS announcement was not military but economic. Within 24 hours, Beijing had formally applied for membership in the Comprehensive and Progressive Agreement for Trans-Pacific Partnership (CPTPP). China hopes to flip the script on the United States, which had pitched TPP as a way for Washington to write trade rules, rather than Beijing. Now the pressure is back on the Biden team. It has shown that it can surprise experts when there’s a strategic rationale; now it is time to do the same on trade. If China trying to enter CPTPP can’t spur US leaders to action on trade, then it seems nothing will. AUKUS was a home run, so it would be a shame if Washington lets Beijing steal home.