At What Cost Does the Sports Industry Resume Amidst the Pandemic? 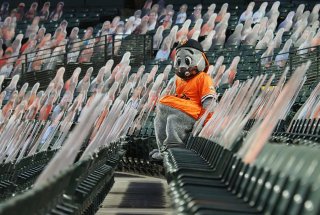 Professional sports are a multi-billion-dollar business, including the revenues generated by sports advertising and sports media organizations.

One Canadian example of the size and scope of pro sports is the $5.2-billion deal Rogers Communications signed in 2013 for the rights to broadcast NHL games across the country until 2025.

But the current COVID-19 climate has posed serious challenges to the business of sports. Professional sports teams are resuming play in the midst of the pandemic, largely at odds with the rest of society as lockdowns continue, businesses remain shuttered and millions of people work from home.

The start of the Major League Baseball season is an indication of the chaos that comes with these unprecedented times. Less than a week into the season, half of the members of the Miami Marlins tested positive for COVID-19. MLB subsequently suspended the Marlins’ season, and the positive tests have postponed other teams’ games too.

With other professional sports leagues like the NBA and the NHL preparing to resume, there are concerns about the ethics of prioritized access to coronavirus-related health care for professional athletes, the relationship between sports and politics and renewed athlete activism, particularly in the midst of the resurgent Black Lives Matter movement.

And what about the athletes? What do they want from both a social justice and mental health perspective?

Sports is typically a reflection of society, not an exception to it. COVID-19 seems to have turned the model of professional sport inside out. Never before in the modern era of North American professional sports have fans been so displaced from the game.

Historically, sport in North America developed into an industry with the advent of industrialization and urbanization more than a century ago.

As workers were gaining both increased leisure time and discretionary income, early sport organizers were adopting the elite British model of “leisurely pursuits” for the well-heeled in a more democratic way for society at large — and it worked.

Sport as entertainment, to play and watch, was born, and sports leagues and teams became organizational and commercial success stories.

But yesterday’s athletes were regular citizens compared with the highly paid superstars of today, living in step with their fellow fans, which made them relatable.

Communities and cities embraced sport as a driver of commercial and economic activity, which required significant infrastructure support (including the public financing of stadiums and arenas) over the years.

This era also began to benefit from technology, including transportation advances that made for faster and easier team and fan travel. Sporting goods companies like Spalding emerged, making better equipment. New methods of promoting and selling professional sports quickly followed, heralding the birth of sports marketing.

This introduced new stakeholders into the sport business mix, in particular advertising and media partners, who also began to recognize the value of sports fans — an engaged and captive audience — who would buy their merchandise and read their newspapers for sports commentary. Eventually, those eyeballs began to be tracked and measured.

Fans were central to sport success

The citizens who engaged in this growing sport and entertainment model — sports fans — were fundamentally central to its success. The symbiotic relationship between fans and the professional sports industry grew and thrived, in particular from the 1950s, when creative, fan-centric strategies became popular for many leagues and teams.

Contemporary sport professionals routinely discuss the importance of what’s known as fan avidity, a key metric of success because research shows passionate fans have “been found to spend considerably more money, time, and effort for sports-related activities and goods than their non-avid fan counterparts.”

The fan experience and related consumer activities have traditionally been central to key management decisions of professional sports organizations — unlike now, when fans are at a distance, participating at arm’s length via large video-game like screens, cardboard cutouts and canned crowd noise.

Professional sports is back for a number of reasons, but none have much to do with why it was fundamentally established: For the fans, for the contributions sports teams made to social cohesiveness and for the communities that have traditionally supported pro sports, both financially and emotionally.

Instead, pro sports is back primarily to staunch the significant COVID-19 financial losses on behalf of ownership groups and to satisfy media and corporate partners.

The resumption of professional sports, however, is also hugely costly to pro sports leagues. The NBA recently noted that the price of its Orlando bubble will exceed US$150 million. There’s also a personal and health cost: Professional athletes are still testing positive for the virus.

So the important question here is: Will resuming professional sports work, can it thrive without fans and is it safe for players?

In the current COVID-19 environment, the preferences and priorities of fans are complicated at best, with some suggesting that they may never fully return to professional sport.

Public opinion surveys are varied and inconsistent — as many as 60 per cent and as few as 30 per cent of sports fans have told various pollsters that they’re eager for pro sports to return. Information from actual sport teams, however, on the topic of what their fans want is conspicuously lacking.

There’s little consensus on how enthusiastically fans will return to professional sport, specifically when it comes to congregating in stadiums or arenas. That’s due to a host of potential post-pandemic realities, including unappealing levels of security and strict legal requirements in terms of liability waivers.

A recent New York Times study reported that of 511 epidemiologists who ranked “everyday activities to do again” in a year, “attend a sporting event” came in last, well behind the No. 1 pick of attending a wedding or funeral.

So how can professional sports organizations get their fans back?

First off, they should keep fans at the core of their business strategy, customizing and tailoring messaging and engagements with fans via brand partnerships as much as possible.

They should make broad commitments to re-engage their diverse community and work to restore their position of social unifiers in society. They must break down the extreme barriers currently in place between athletes and fans while supporting and celebrating their athletes whenever possible.

And, as they did when the professional sports industry was born, they should continue to embrace innovation to drive enhanced fan engagement. They should extend the spirit of these efforts to their dealings with their key stakeholders, including corporate and media partners.

While the COVID-19 pause has created huge challenges for professional sports, organizations can use this opportunity to rethink and reshape the fan-centred experience for the next era of the industry throughout North America.