What Do Americans Really Think About TikTok? 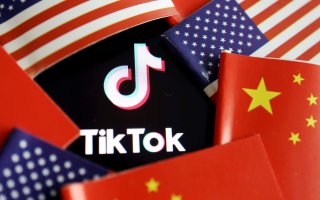 TikTok has quickly become the app of Generation Z, a favorite quarantine pastime, and a potential political powerhouse. In 2019, the app had over 37 million users. During the coronavirus pandemic, use of the video-sharing app has spiked as people searched for entertainment to enjoy from the comfort of their homes.

TikTok has not only been a source of dance challenges, life hacks, and funny videos, it has also gained some traction in the political world. Donald Trump was expecting large crowds for a June rally in Tulsa. Instead, attendance was low, and there were many empty seats. One of the explanations for this was TikTok. Users of the app supposedly registered for the free event, thereby inflating expected attendance, and then didn’t show up.

In the past few months, the app has become part of a political battle in which President Trump has threatened and attempted to ban the app itself and the sale of it. On Sunday, a federal judge issued a preliminary injunction blocking Trump’s ban of TikTok in app stores. But how do Americans feel about the potential ban and/or sale of the app?

Americans as a whole are divided on banning the app. In a late September online survey from YouGov, 38 percent of Americans supported a US government ban, while an equal number opposed it. Nearly a quarter chose the “don’t know” response. These numbers are up from an early July Morning Consult online survey in which 29 percent said it should be banned and a third said it should not be. Thirty-eight percent nationally did not know or gave no opinion in this online poll.[i]

In an August Morning Consult online survey, 73 percent of Americans said China is a greater threat to the US tech and innovation dominance than any other country. However, the public was split in an August YouGov online survey on whether TikTok posed a national security threat: 29 percent said yes, 29 percent no, and 25 percent did not know.

A potential ban stirs up the strongest feelings among the cohort’s predominantly younger audience. Fifty-nine percent of the Gen Z generation and 47 percent of Millennials in the Morning Consult poll did not want to ban the app. Generation Xers and baby boomers did not feel strongly either way, with 41 percent and 45 percent, respectively, saying they didn’t know or had no opinion. The high number of “don’t know” or “no answer” responses among older generations are another prominent feature of the polls on TikTok. In the YouGov survey, a quarter of those 55 years and older were unfamiliar with it.

The high volume of “don’t know” opinions at this point in the debate about TikTok’s future mean that opinion could change. While the clock may be ticking on TikTok’s future, one thing is certain: Young Americans like and want more of it.