What Do the Countries That Have Dealt Effectively With COVID-19 Have in Common? 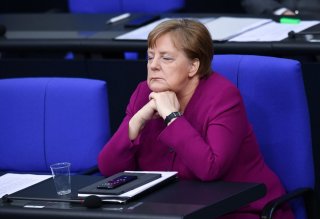 Since the COVID-19 pandemic began, some countries have consistently received accolades for their rapid, coordinated responses, while others have been roundly condemned as laggards.

Taiwan, Australia, Singapore, Jordan and the Republic of Georgia were able to “flatten” the curve and limit the outbreak. By contrast Spain, Italy and the U.S. have struggled to contain the virus’s spread.

What do the countries that have dealt effectively with COVID-19 have in common?

Many factors have likely contributed to their success, including preexisting health systems, bureaucratic agility and the decision to act early.

Equally important, in my view as a political scientist, are each country’s political institutions – whether top-down autocracies, federalized democracies or something else. Determining which ones work best is the tricky part.

Of autocracies and democracies

Some autocratic regimes have argued that they are uniquely equipped to deal with the pandemic, prompting a fair bit of soul searching in the democratic world.

But the success of democratic countries like Germany, combined with the failure of autocracies like Iran, make it clear that things are not so simple. Indeed, the crisis arose in part because autocratic China did not move swiftly enough to contain it.

A related but more subtle argument is that more centralized governments are better able to confront crises like the coronavirus. According to this take, countries with strong regional and local governments – and especially federal countries like the U.S. – are at a disadvantage. By contrast, strongly centralized democracies like France and high-functioning autocracies like Singapore are in a better position to act.

The benefits of central coordination

There is no question that centralized leadership – even when exercised coercively – provides certain real benefits during a public health crisis.

This is because pandemics are an example of a policy area with strong spillover effects. A citizen could be infected in a city or state with weak social distancing rules and transmit the disease when traveling to another city or state. Or the efforts of one state to hoard masks could produce a critical shortage in another.

U.S. states, for example, have been forced to compete for personal protective equipment, which has generated inefficiencies and a bidding war. And some places have begun to reopen businesses against the advice of experts. If this move causes a spike in transmission, it could spill over into other states that have taken more risk-adverse stances.

The critical role of local governments

But the results of ongoing research that I’m conducting with two colleagues suggests that success during a pandemic is not just a question of strong national leadership.

Our findings indicate that the countries best able to provide local public goods – including primary health care, critical during a pandemic – are not those that are most centralized. Rather, they are ones that strike “a fine balance” between the powers of central governments and those at the state and local level.

There are several reasons for this.

A more decentralized approach to government will facilitate the targeting of policy to the needs of different locales. When the pandemic is concentrated in certain areas of a single country, for example, it may make sense for sub-national authorities to decide when to reopen. And the better information and stronger accountability enjoyed by local and regional governments are likely to matter even more during the economic recovery.

Germany, for its part, has enjoyed the strong national leadership of Angela Merkel, but it is relying also on the individual states to decide how to ease social distancing.

Moreover, strong regional and local governments can serve as a backstop when national policy is insufficient, limiting the damage of central misgovernment.

The most obvious example of this phenomenon is the United States, where the Trump administration’s mixed signals, incorrect information and slow reaction time arguably made the U.S. more vulnerable to the coronavirus. At the same time, states like California, Oregon and Washington have succeeded in limiting local cases enough that they are now shipping ventilators to places where they are needed more.

In France, too, regional and city governments have tried to pick up the slack for the perceived failures of the central government in Paris. But the country’s highly centralized political institutions have put strong limits on their freedom of action.

It’s not too late

It’s no surprise, then, that most countries that have succeeded in containing the virus – Germany, Taiwan and Australia for example – combine central coordination with active regional and local involvement.

Of course, some centralized – and autocratic – countries are coronavirus success stories. Interestingly, however, these tend to be relatively small countries with very strong governments, for example Jordan and especially Singapore. Larger centralized countries like China and Russia tend not to perform as well. Put differently, the larger a country’s territory and population, the less effective a purely top-down strategy will be.

While the United States and most decentralized democracies aren’t yet on the list of success stories, it’s not too late to take advantage of their inherent strengths for the recovery. To accomplish this, my research shows their leaders should guard the autonomy of local authorities, while building cooperation and trust across all levels of government.