What Does China’s Warning of a ‘People’s War’ Over Disputed Islands Mean? 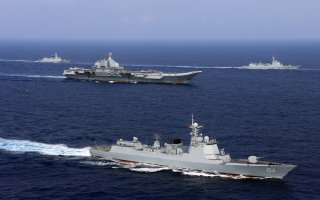 Key point: China will use what means it can to seize and keep disputed territory in part because the Chinese Communist Party's domestic legitimacy relies on doing so. How will China's regional neighbors, and America, respond?