What Is Like Flying a A-10 Warthog? A Pilot Explains 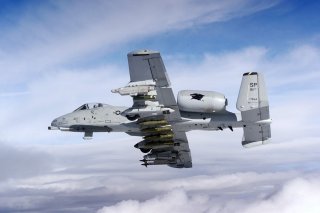 Here's What You Need to Know: "Every bit of your senses are just maxed out when you’re firing the gun, and at the same time you’re watching it lay waste to what you’ve got the gun cross over."