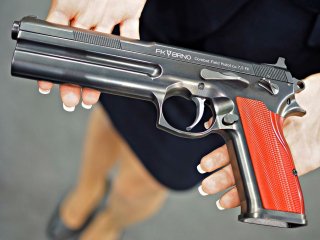 Here's What You Need To Remember: Said hunters also tend to value craftsmanship and precision in their weapons and the Field Pistol has it in spades, though some reviewers have said that it doesn’t stack up to other guns around its American price point. Almost every surface is polished and beveled, there are no sharp edges on the pistol.