What Happened The One (and Only) Time Submarines Battled? 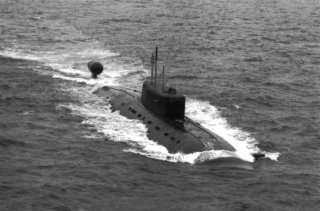 Here's What You Need to Remember: More than a half century later later, the wreck of U-864 was found in 2003 by the Norwegian Navy, two miles off Fedje. It was discovered that the cargo of poisonous liquid mercury had been slowly seeping from the flasks into the surrounding ocean.