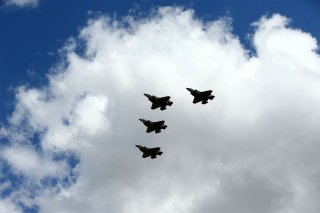 Here's What You Need To Remember: In its wars, America has long prioritized - and enjoyed - complete air supremacy. As stealth technology becomes less useful and rival air defense systems become better, America may need to learn how to fight without this advantage.

Michael Peck is a contributing writer for the National Interest. This article first appeared in July 2018.