What Happens when Aircraft Carrier Go Away? 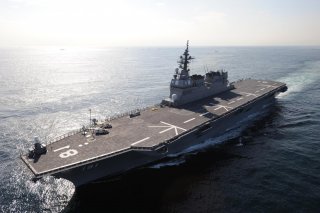 Here's What You Need To Remember: The ability to deploy aicraft away from land made the difference between victory and defeat in the Second World War engagements—something that Hitler and Mussolini didn't learn until it was too late.

Carriers today are being blown out of the water by critics who say they have become nothing more than expensive targets in an age of hypersonic ship-killer missiles. Should war erupt, say critics, U.S. carriers in the South China Sea would be overwhelmed by waves of missiles, aircraft, and submarines.

But Germany and Italy didn’t need many carriers. In early 1941, when the war in Europe hung on a knife's edge, a couple of carriers at the right time and place could have made a profound difference.

None of this means that today’s U.S. Navy necessarily needs ten carriers (President Trump has spoken of increasing this number to twelve), or that the carriers that America does need should be $13 billion Ford-class behemoths. It’s also true that modern aircraft have much longer ranges in 1941, while computers and advanced communications systems enable land-based aircraft and ships to cooperate in ways unimaginable seventy-five years ago.

Michael Peck is a contributing writer for the National Interest. He can be found on Twitter and Facebook. This article was first published in 2017.