What Happens When a Russian Submarine and U.S. Aircraft Carrier Collide? 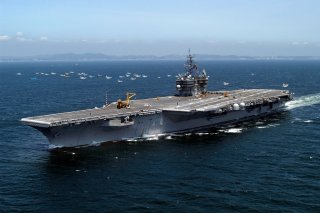 Here's What You Need to Remember: Kate Hudson from the Campaign for Nuclear Disarmament told The Guardian that the 1974 incident, which became public only in 2017, exposed the “enormous risks” of nuclear weapons. “The history of nuclear weapons is a history of near misses, accidents, potential catastrophes and cover-ups.”

David Axe served as Defense Editor of the National Interest. He is the author of the graphic novels  War Fix,War Is Boring and Machete Squad. This article first appeared last year and is being republished due to reader interest.