What Happens When U.S. Aircraft Carrier and Russian Submarine Collide? 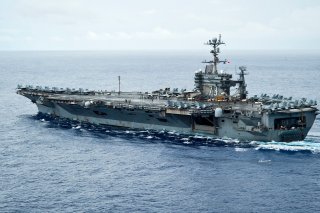 Here's What You Need to Know: The Kitty Hawk scrape wasn’t the most serious collision involving a submarine during the Cold War. Ten years earlier in 1974 a Soviet attack submarine struck the U.S. Navy ballistic-missile sub James Madison while both nuclear-powered vessels were submerged off the Scotland coast.