What if America’s Aircraft Carriers Sank at Pearl Harbor? 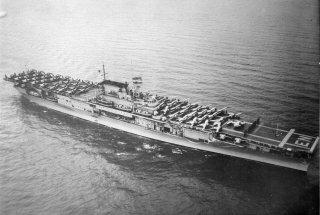 Here’s What You Need to Remember: In the end, it is unlikely that the destruction of two carriers at Pearl would have turned the tide of war. The massive fleet of carriers that the United States built by 1944 would have overwhelmed the prewar Imperial Japanese Navy, even without the losses at Coral Sea, Midway and Guadalcanal. U.S. superiority in training and in aircraft would have ground the Japanese down, slowly but surely.