What If Hitler Used Chemical Weapons Against the Allies on D-Day? 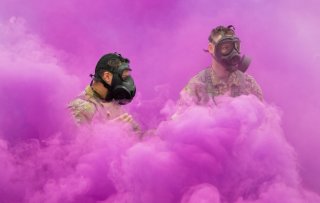 Here's What You Need To Remember: The reason he didn't was deterrence. Both sides feared that, as in World War I, once one side used chemical weapons, so would their opponents. It turned out that German nerve gases like sarin were far more effective than Allied chemical weapons, such as mustard gas, but the Germans didn't know that.