What If Japan Had Sent Navy Aircraft Carriers to the Bottom of Pearl Harbor? 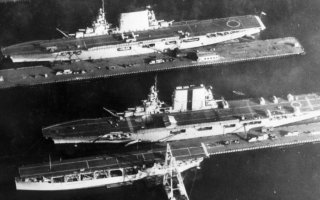 Here's What You Need to Remember: The presence of carriers at Pearl was a function of Washington’s anticipation of war. Higher war tensions produced more missions, which made it less likely that the Imperial Japanese Navy could catch one or more of the carriers in the attack.