What? Incest Isn’t A Taboo in The Animal Kingdom – New Study 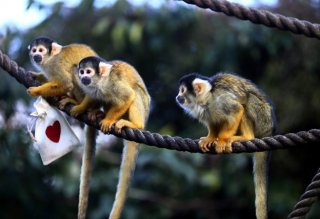 We humans tend to regard incest as deeply disturbing. It’s a strong social taboo, and it’s underpinned by sound biological reasoning. Mixing genes with a non-relative is beneficial because it increases genetic diversity, while genetic defects often occur in the offspring of related parents.

We’d expect to see the same attitude extend to animals, who may lack a social distaste for incest but are, in the end, subject to the same biological pressures to produce the fittest offspring – which we assume means breeding with an unrelated mate.

But our recent study has called this assumption into question. We reviewed 40 years of scholarship on animal mate selection, and found that animals don’t tend to differentiate between relatives and non-relatives when choosing a mate.

This may seem surprising or unsettling, but evolutionary theorists have pointed out for decades that inbreeding is not always bad – and that in some cases, for instance where mate choice is limited, it might even be beneficial.

Animals account for a variety of factors when choosing a mate. One of them is their degree of relatedness, but animals are also interested in the resources the partner can provide, and whether they carry desirable genes.

Choosing an unrelated mate is attractive, seeing as it increases the genetic diversity of the resultant offspring. Mating with a relative, on the other hand, increases the likelihood that parents will pass rare genetic diseases to their offspring.

This happens because half of the offspring’s genes come from each parent. Usually, if a parent carries a gene for a rare genetic disease, the other parent will carry the healthy version of that gene, which is then expressed in their offspring. But when parents are related, there’s a higher chance that both parents will carry the same unhealthy genes, which the offspring must then inherit.

So there are strong reasons for animals to avoid mating with a relative – but are there any situations where inbreeding might actually be beneficial?

Mating with a relative

One obvious scenario in which animals mate with their relatives is when there’s just no other option. If animals are compelled to pass on their genes, you’d expect they’d prefer to produce offspring with a relative than to not reproduce at all.

But there could also be a more counter-intuitive reason behind some animal inbreeding. As Richard Dawkins set out in The Selfish Gene, animals want to pass on as many of their genes as possible. From this perspective, the more genes an animal passes on to the next generation, the better they do.

Mating with a relative can be a great way to do this. Because so many genes are shared between relatives, a higher proportion of both of their genes will be passed on to the next generation if they do mate – a win for their genetic legacy.

Animals who avoid inbreeding also have to expend energy to do so, including when they learn how to distinguish relatives from unrelated individuals. Saving energy is sometimes crucial for an animal’s survival – and by extension the survival of their genes – so learning to avoid inbreeding may not always be the best strategy for some animals.

Theoretical scientists have used mathematical modelling to predict how animals should behave in different scenarios, weighing up the costs and benefits of their actions.

When applied to inbreeding, the costs include the risk of passing on rare genetic diseases or defects, while the benefits include passing on genes more efficiently – as well as increasing mating opportunities. Even when accounting for other factors such as habitats and population size, the models have concluded that tolerating inbreeding is the most successful strategy for animals to employ.

This hypothesis has been experimentally tested in a wide variety of animal species, from mammals down to the fruit fly. In these experiments, animals are given the option to mate with a relative or an unrelated individual, with researchers looking out for a trend or bias.

These studies also account for another dimension to mate selection. While animals choose who they copulate with, they also have some control over the subsequent fertilisation. Males can influence the sperm they allocate to females, while females that mate with more than one partner can influence whether sperm from related or unrelated males fertilises their eggs. This has been observed in a wide range of animals, from insects to mammals.

Over the past 40 years, these choices – mate selection both before and after mating – have been observed in 139 individual studies of 88 different species. But we’ve always missed the big picture of whether animals generally tend to avoid mating with their relatives.

Our study provides that picture, finding no evidence that animals differentiate between related and unrelated individuals when given a choice of mate. Not all species have been studied for inbreeding, but our study did include a broad range of species – from snails and spiders to fish, birds, rodents and other mammals.

This finding was consistent for males and females and across a range of experimental conditions. Inbreeding avoidance occurred in just 17% of the 139 studies we reviewed. It seems the evolutionary theorists were right.

It’s important to note that the experiments we reviewed were conducted in controlled laboratory settings. Animals living in the wild face very different challenges and conditions to those living under laboratory conditions – which could influence how they choose a mate.

Today’s animal conservation efforts aim to boost the population size of endangered species, mating unrelated individuals in order to increase the species’ genetic diversity. A famous example is China’s giant panda, which has proven difficult to encourage to mate.

Our study suggests that conservation efforts shouldn’t focus solely on mating unrelated individuals. Given a choice, animals may well opt to mate with a relative. And while this would be bad news for genetic diversity, it would at least produce a new generation.