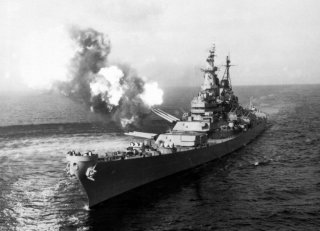 Here's What You Need to Know: All of the late American battleship designs combined a grim practicality with a streamlined aesthetic. Because of their length and narrow lines, the Iowas were the pinnacle of the effort. They are truly beautiful ships, and it is fortunate that all four are now on display. Wisconsin resides in Norfolk, New Jersey in Camden and Iowa in Los Angeles.