What Makes Heckler & Koch’s AG36 Such an Impressive Weapon? 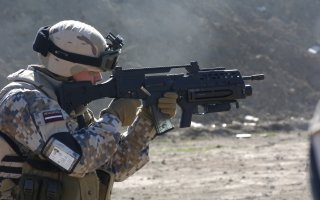 Here's What You Need to Know: The AG36’s greatest strength proved to be its adaptability.