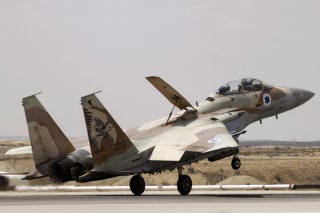 Here's What You Need to Remember: The F-15 was large and versatile enough that engineers considered a multirole version, one that took advantage of the F-15’s power, range, and size to carry air-to-ground weapons.