What Might Greater Scientific and Technological Progress Bring Us? 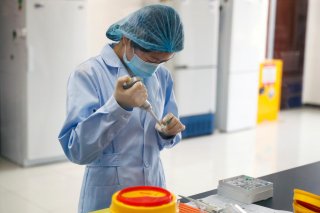 Back in 1899, Charles Duell, commissioner of the US Patent Office, supposedly said, “Everything that can be invented has been invented.” It’s an apocryphal utterance that might well have begun as a joke from the same year. Another possibility is that the statement has its roots in this 1843 quote from Henry Ellsworth, one of Duell’s predecessors: “The advancement of the arts, from year to year, taxes our credulity and seems to presage the arrival of that period when human improvement must end.”

Whatever the source, the notion seems silly. It was especially silly back in 1843 given that the real welfare benefits from the Industrial Revolution were only then starting to become evident. And among the great inventions that had yet to happen were, well, lots of them. Just a couple of years later, for instance, came surgical anesthesia and the invention of Portland cement, the most common type of cement still used as an ingredient in concrete production. Indeed, a 2013 ranking of the 50 greatest inventions since the wheel — admittedly it’s all kind of subjective, but it’s tough to beat the wheel, the Michael Jordan of inventions — found more great inventions happened after Ellsworth’s statement than before.

And I have no doubt that significant technological progress still lies in our future. Animal Crossing isn’t the end of the line. If nothing else, those “tic tac” UFOs might suggest great discoveries in physics have yet to be made by the inhabitants of a certain third planet circling a medium-sized star at the center of a solar system located in a spiral arm in a massive island of stars known as the Milky Way Galaxy.

Of course, one would hope it doesn’t take a visit from another world or dimension to give us a nudge to keep pushing forward. One might hope that years of so-so economic growth followed by a historically awful pandemic would be incentive enough to renew our focus on scientific and technological advancement. Yet too many of us seem afflicted by Ellsworthism or Duellism. We’re skeptical that there is much cool, important stuff left to come. Maybe just better robots to take our jobs and better social media to distract us. Or the occasional “super-duper” missile. If that’s the case, maybe faster economic growth isn’t worth the dislocation and disruption that must necessarily accompany it.

Such views represent a profound lack of imagination. But it’s the job of the optimists to help paint pictures and tell stories of possible better tomorrows. What, for instance, might revolutionary advances in biotechnology bring us? A new McKinsey report gives a great overview of how different sectors might be affected, from healthcare to material science. This chart provides a handy summary:

Learn more: How Uber and Lyft help fuel American entrepreneurship | Eli Dourado: How to make America innovate again | If you want to know what the jobs of the future might look like, here are some possibilities

This article by James Pethokoukis first appeared in AEIdeas on May 21, 2020.