What No One Wants to Admit: Stimulus Checks are Bad Economic Policy 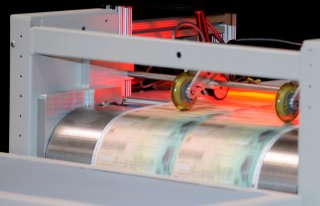 A bipartisan Congressional group is eager to borrow and spend another $900 billion on a new COVID-19 bill. Yet they appear determined to repeat the most wasteful political stunt of the last “stimulus bill.”

On December 17, The Wall Street Journal reported that “the package includes another round of direct payments to households,” which was recently added back into the mix after “The Trump administration [via Treasury Secretary Mnuchin] … proposed sending $600 checks.”

Borrowing money to send everyone a little check may sound clever to myopic politicians. But it is morally indefensible because it does nothing address to the problem of helping those injured by the pandemic itself or by related state‐​mandated business restrictions and stay‐​at‐​home orders Congress should focus on targeted COVID relief, not scattershot direct payments – the overwhelming bulk of which would go to employed people who were not economically injured by the pandemic.

The feeble economic pretext for wasting debt on random giveaways is a naive caricature of Keynesian economics: “Putting money into peoples’ pockets.” But debt must be serviced by taxpayers, which that means any borrowed money going into some pockets must be forcibly removed from others.

As for the alleged “stimulus to demand,” families do not make serious purchase plans based on ephemeral little windfalls. On the supply side, a random helicopter drop of $600 checks does nothing to encourage anyone to join our shrinking labor force, or to invest time and money in reopening the nation’s many closed business (often to see them closed again, by fiat).

In short, a large chunk of the latest Congressional package is deliberately designed to be wasted, being neither targeted to help unemployed people in need, nor intended to help affected businesses or governments keep paying their bills.

Do not take my word for it. Fortunately, we have available a second opinion from Harvard economist Raj Chetty and three other economists from Harvard and Brown from their critical review of the last stimulus bill, “How did COVID-19 and Stabilization Policies Affect Spending and Employment?”

Curmudgeon that I am, I have questioned some of the ways by which the authors minimize the economic impact of state lockdowns and re‐​openings. Yet most other findings from this paper are arguably more important and very well‐​argued.

Among the study’s most fascinating findings are those regarding (1) the futility of expecting traditional demand stimulus to somehow offset the shocks to both supply and demand from a health crisis; (2) novel evidence that hardest‐​hit economic contraction was in services normally purchased by high‐​income households in affluent neighborhoods; (3) shocking evidence that the disproportionate impact of school closings was in deeply damaging the learning of low‐​income students; and (4) scandalous news about the Paycheck Protection Plan’s “staggering taxpayer cost of $377,000 per job saved.”

Turning back to the immediate threat of Congress contemplating a rerun of April’s folly by handing out another round of “stimulus” checks, the Harvard‐​Brown economists politely wonder why Congress would repeat such a foolhardy mistake twice: