What Unemployment Benefits Are in the Bipartisan Plan for Coronavirus Relief? 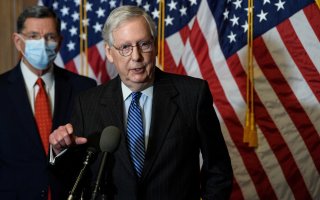 Earlier this month, a bipartisan group of senators and representatives released a broad $908 billion framework for extending coronavirus relief. That framework has become central to possible additional coronavirus relief legislation, which congressional leaders are discussing today and Congress could consider in the coming days. Yesterday, the bipartisan group released detailed legislative language for what are now two separate bills that reflect the policies in their original framework. Below is a review of the estimated $180 billion in unemployment benefit policies included in one of those bills, called the “Bipartisan COVID-19 Emergency Relief Act of 2020”:

Revival of federal bonus payments at $300 per week

Extension of other expiring policies and programs