What Was The U.S. Army's Sniper Rifle's Inspiration? The Answer May Surprise You. 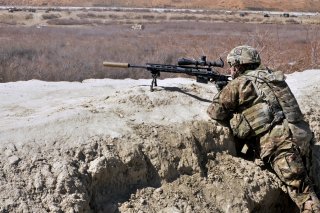 Here's What You Need to Remember: In 2010, the U.S. Army selected a new sniper rifle, the M2010 Enhanced Sniper Rifle, to replace the M24. The M2010 is actually the same M24 Remington action, which in a move of great foresight the Army had demanded be technically a long-action, capable of someday moving to the heavier .300 Winchester Magnum caliber.