What Was World War II's Best Tank? That Depends on the Year 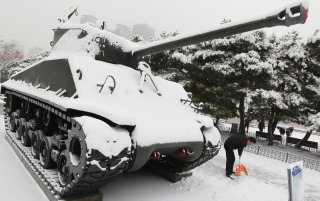 Here's What You Need To Remember: Armor developed so dramatically during the war that it really isn't fair to compare 1940 tanks to 1945 ones - it would be like comparing a Spitfire to an F-35.

Michael Peck, a frequent contributor to TNI, is a defense and historical writer based in Oregon. His work has appeared in Foreign Policy, WarIsBoring and many other fine publications. He can be found on Twitter and Facebook. This article first appeared in September 2015.