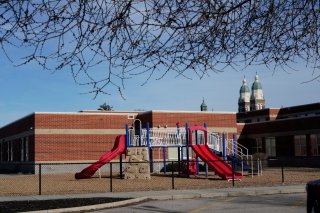 Closing schools has been one response around the world to try to stop the spread of COVID-19. In Australia, states mandated an end to face-to-face learning for some time during the so-called first wave of the pandemic, and schools across Victoria are still closed to most students.

Some criticised this strategy, as evidence showed children may not spread the virus as much as adults; others were concerned parents were unable to work from home while also supervising their kids’ schooling. These points are valid, but public debate must also consider the potential long-term costs of school closures.

One approach to figure out what to expect is to look at the experiences of different countries after they closed schools due to previous pandemics, war or industrial action. The problem with this approach is, of course, that these places are vastly different to Australia, so all potential repercussions must be considered carefully.

The Ebola epidemic occurred in Guinea, Liberia, and Sierra Leone — countries vastly different to Australia in terms of culture, politics and economics. But that crisis resulted in a policy response that is now very familiar to Australians: school closures. And we can still learn some things, albeit with caveats.

More disadvantaged kids may drop out

Guinea, Liberia and Sierra Leone closed all schools throughout 2014 and 2015. In these nations, internet use is not as common as it is in Australia, so school closures actually meant most children were fully held out of education (and often food programs, which they get simply by attending schools).

A 2015 report by the United Nations Development Programme found school closures had a disproportionately strong effect on girls. Gender gaps for school attendance widened once schools were reopened, while dropout rates increased. Importantly, the report found evidence of more teenage pregnancies and early marriages, which prevent girls from ever going back to school.

While child marriage is almost unheard of in Australia, drop out rates could be a potential repercussion of the Australian school closures. Children from relatively disadvantaged households, where parents are less able to work from home and help with remote learning, may find returning to school very difficult.

Evidence from the US suggests summer holidays contribute to a loss in academic achievement equivalent to one month of education for poorer kids.This effect is likely to contribute to increasing drop-out rates among more vulnerable children in Australia throughout the 2020s.

Another potential similarity is related to food security. Australia doesn’t have the same type of food programs we see in some of the poorest developing countries. But poorer Australian children can suffer from food insecurity, which is associated with long-term health impacts (including, ironically, obesity) and lower performance in school.

As many as one in five children in Australia start the school day without eating breakfast. Evidence from the US and EU shows school lunch is associated with improvements in academic performance, as schools can provide access to more regular and healthier diets.

Many schools across Australia have breakfast clubs, or have emergency food and lunches for children who might otherwise go hungry. These programs are not consistent across Australia though, with some funded by schools, and others through food agencies or state governments.

It may affect future earnings

One of the goals of education — of course not the only one — is to prepare children for work. So, what’s the effect of school closures on future earnings?

Two papers published in the Journal of Labor Economics can shed light on the answer to this question. The first studies the long-term effects (40 years) of school closures by looking at teacher strikes in Argentina occurring in the early 1980s. The second compared long-term labour market outcomes of children affected by the second world war. Austrian and German people who were ten years old during the war received less education than comparable adults from non-war countries.

The Argentinian study, published in 2019, showed missing around 90 days of class reduces earnings by 2-3%. The European study, published in 2004, found Austrian children missed around 20% of classes during the war and their earnings dropped by around 3%. German children lost around 25% of classes and had earnings dropped by around 5% (albeit the German data does not allow for very precise estimates).

Schools in Australia have not been truly closed. They’ve remained virtually open through Zoom and other platforms. But not all children have equal access to computers, independent study areas and parents who can explain Pythagoras’ theorem.

Virtual classrooms are no substitute for physical learning environments where trained teachers can closely monitor children’s progress. So while the class of 2020 will not necessarily be 3-5% poorer than the class of 2019, a wage gap between the two cohorts wouldn’t be surprising. Future studies will tell.

Future studies may find increments in earnings and education inequality resulting from COVID school closures. Future work may also find long-term health consequences, related to not just inequality, but also nutrition and mental health. The Lancet has published two recent studies that document the mental health effects of closures, which the authors say can have serious long-term repercussions.

We must consider all this evidence when we discuss our approach to policy in the future, and when making decisions as to whether to close schools again, if another “wave” hits.

The author would like to thank Trong Anh Trinh for his research assistance.