What Would a Biden Administration Do With America's Nuclear Weapons? 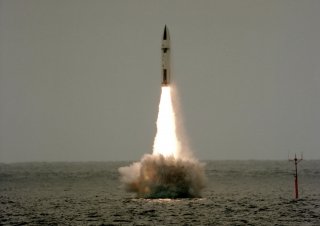 US presidential candidate Joe Biden has suggested that one of his administration’s policy goals would be to de-emphasise the role of nuclear weapons, potentially by adopting a no-first use or sole-purpose stance and scaling back investment in modernising the nuclear arsenal. Changing from a nuclear triad of intercontinental ballistic missiles, ballistic missile submarines (SSBNs) and bomber aircraft to a dyad by cancelling the planned replacement of the Minuteman III ICBMs would address those objectives. It would also align with calls from the US arms-control community for a smaller nuclear force that is less prominent in US military planning.

The land, sea and air legs of the traditional triad of US strategic nuclear forces are ageing, even as China and Russia proceed in rapidly modernising their own forces. The US nuclear command-and-control infrastructure also needs to be updated to ensure its operational effectiveness and survivability; until recently, it was still relying on floppy-disk-based computers.

The US nuclear force structure is reaching a point where modernisation is essential if it is to remain credible. That represents an opportunity for a new administration to shift strategy and posture. Yet the adverse strategic outlook suggests that a radical change in direction could be detrimental to global stability.

A Biden administration would come under intense pressure from arms-control advocates who are arguing for the scrapping of land-based ICBMs and a move away from a launch-on-warning or launch-under-attack nuclear force posture. There are also calls for withdrawing the traditional sole authority of the president to initiate use of nuclear weapons and giving the US Congress a say in that decision. It’s argued that nuclear forces should not respond quickly to any threat and that more time should be allowed to make a decision to launch a nuclear retaliatory strike. Getting rid of 400 ICBMs in highly vulnerable silos and relying on a dyad of SSBNs and bombers would reduce the intense pressure on the president in a crisis to make a decision on retaliation.

That change in posture would also reduce the risk of inadvertent nuclear war in the event of a false alarm. The scenario might involve a build-up to a major-power conflict below the nuclear level—perhaps over Taiwan in the Indo-Pacific, or to defend NATO in a crisis with Russia. Both sides might misinterpret each other’s actions, or co-location of nuclear and conventional forces could generate a misperception of a nuclear attack. The conventional military conflict might then escalate to nuclear weapons use, either through miscalculation or as deliberate choice to coerce—for example, with a Russian ‘escalate to de-escalate’ use of tactical nuclear weapons against NATO.

The risk of such a major-power conflict is growing, not receding. The strategic environment is looking more dangerous, and the days of the immediate post–Cold War period, when nuclear forces seemed peripheral to challenges from non-traditional threats, are long gone. The key question is whether that means it’s time for radical experimentation with nuclear force to minimise the risks of the inadvertent nuclear war, or whether such a step would weaken deterrence and make nuclear war more likely by giving an adversary an opportunity to exploit a perceived vulnerability.

The vision of reducing nuclear forces by scrapping ICBMs seems to rest on a set of assumptions about capability that may become more untenable over time. First, it assumes that SSBNs will remain invulnerable in the near term, and that the US Navy’s Columbia-class SSBNs that will eventually replace the Ohio-class ‘boomers’ will always have the advantage of being largely undetectable. This assumption is being made even as US adversaries enhance their antisubmarine and undersea warfare technologies.

It also assumes that US bombers will always get through—whether by a B-21 with enhanced stealth technology paired with autonomous systems, or through a better standoff capability on the B-2A and B-52, including hypersonic weapons. Yet adversaries’ integrated air defence systems will be tougher to beat, even for platforms with low observability such as the B-21.

Finally, it assumes that US missile early warning systems will always remain effective in giving sufficient warning to avoid the decapitation of the US nuclear command authority, even though US adversaries are developing a range of counterspace, cyberattack and electronic warfare systems that could make ensuring early warning more challenging.

Those are some big assumptions upon which to base the future nuclear force posture of the US, which must provide a sufficient degree of assurance to make deterrence credible in the eyes of US adversaries and allies. The 14 Ohio-class SSBNs, for instance, are invulnerable for the moment, though only four are on patrol at any time, and the other 10 are vulnerable while in port. However, the SSBN fleet will shrink to 12 Columbia-class boats, with only one or two on patrol, making the sea-based leg of the triad more brittle.

If the US decided to rely more on SSBNs at the expense of ICBMs, China and Russia could respond by enhancing their antisubmarine warfare capabilities and experimenting with new undersea warfare technologies. Quantum technologies, artificial intelligence and non-traditional undersea warfare systems, such as LIDAR, advanced acoustic arrays and unmanned underwater vehicles, would make it more challenging for submarines to exploit an opaque ocean.

A Biden administration would be wise to emphasise investments to maintain credible nuclear deterrent forces over the next several decades. Certainly, it’s time to shift away from a launch-on-warning posture, and for that to happen, US nuclear forces must be able to survive a nuclear first strike by an opponent, and then retaliate decisively. That may mean fewer ICBMs and ones that are road-mobile, rather than in siloes. It may also mean enhancing the long-term assuredness of the sea- and air-based legs of the triad, as well as more capable and resilient missile early warning and command-and-control systems.

There is value in sustaining a prompt nuclear response capability rather than relying one that is slow and highly dependent on survivable command-and-control links to submarines and bombers. Sustaining and updating the triad would not only boost the operational flexibility of US nuclear forces, but also enhance and reinforce the credibility of the deterrent and reduce the risk of nuclear warfare.