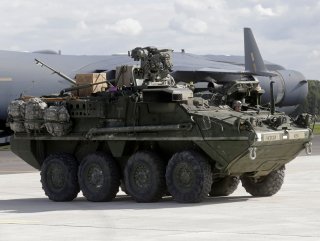 Here's What You Need to Know: While missiles are great for keeping things light and mobile, there may be issues with going to completely missiles.

Despite the proliferation of these systems, it appears that guns have largely fallen out of favor. In the land forces modernization plan that planned to give the Marine Corps additional SHORAD, a missile only system was proposed. New Russian air defense vehicles are mounting only missiles as well, eliminating the gun component of the Pantsir system. The same situation is occurring with militaries around the globe.

This article first appeared in September 2018 and is being reprinted due to reader interest.