What's the Difference Between a 5th or 6th Generation Fighter? 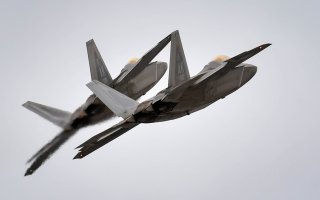 The F-22 also brought with it super-cruising capabilities — which means being able to sustain supersonic speeds without the use of its afterburner. For an intercept fighter like the F-22, the ability to super-cruise means being able to close with enemy aircraft at extremely high speeds while still saving enough fuel for the fight once they arrive. Conversely, the Air Force’s workhorse 4th generation multi-role fighter, the F-16 Fighting Falcon, will burn through all the fuel it has onboard within a matter of minutes with its afterburner ignited.