When China Wanted A New Assault Rifle, It Tried To Reinvent The AK-47 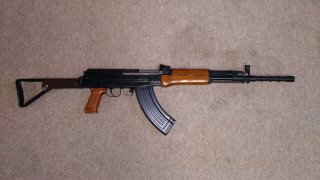 Here's What You Need To Remember: The Type 81 remains in Chinese service but has been largely replaced by the more modern bullpup QBZ-95 and also the QBZ-03, a modernized traditional-configuration rifle that uses a derivative of the Type 81’s action.