When It Comes to the U.S. Air Force, Size Matters 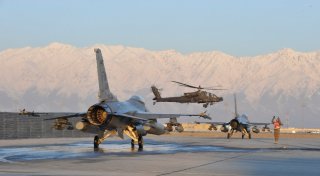 Here's What You Need to Remember: All of this need is expressed within the broader context that Air Power will only continue to grow in importance as the threat of war against a major power adversary persists. Not only are the boundaries of possible warfare becoming more multi-domain with space, cyber and electronic warfare threats, but potential adversaries are now armed with fifth-generation fighters and even hypersonic missiles.