When Should You Start Collecting Social Security? 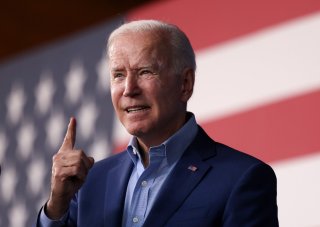 Here's What You Need to Remember: “Taking Social Security early reduces your benefits, but you’ll also receive monthly checks for a longer period of time. On the other hand, taking Social Security later results in fewer checks during your lifetime, but the credit for waiting means each check will be larger,” it added.

Financial planners often say that one of the most prudent money-related decisions one can make is to delay claiming Social Security benefits for as long as possible.

And it appears that numbers from the Social Security Administration (SSA) are supporting such claims. According to AARP, a U.S.-based interest group focusing on issues affecting those over the age of fifty, “your monthly payment will be 76 percent higher if you wait to start benefits at seventy rather than sixty-two, the earliest possible age.”

For those individuals who decide that they can’t wait any longer and collect the benefits at age sixty-two, the maximum amount will be $2,324. If one waits to age seventy to file, he or she will qualify for the absolute maximum benefits from Social Security—which is $3,895.

“It is important to remember: If you delay your benefits until after full retirement age, you will be eligible for delayed retirement credits that would increase your monthly benefit,” the SSA says.

AARP has released even more precise figures. “If your full retirement age is sixty-seven and you claim Social Security at sixty-two, your monthly benefit will be reduced by 30 percent—permanently,” the organization writes.

Here’s another example put forth by financial services company Charles Schwab: “Say you were born in 1951 and your full retirement age is sixty-six. If you started your benefits at age sixty-eight, you would receive a credit of 8 percent per year multiplied by two (the number of years you waited). This makes your benefit 16 percent higher than the amount you would have received at age sixty-six.”

However, the company did admit that some individuals, depending on their respective financial situations, might need that cash right away at age sixty-two.

“If you’ll need your Social Security benefits to make ends meet, you may have fewer options. If possible, you may want to consider postponing retirement or work part-time until you reach your full retirement age—or even longer so that you can maximize your benefits,” it said.

“Taking Social Security early reduces your benefits, but you’ll also receive monthly checks for a longer period of time. On the other hand, taking Social Security later results in fewer checks during your lifetime, but the credit for waiting means each check will be larger,” it added.