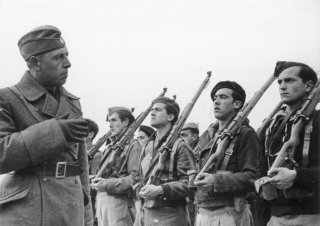 Here's What You Need to Remember: Perhaps the most enduring legacy of the Spanish Civil War is its iconic images. We have Pablo Picasso’s haunting painting of the terror bombing of Guernica, Robert Capa’s classic (and now thought to have been staged) photo of the death of a Republican soldier, George Orwell’s Homage to Catalonia and Ernest Hemingway’s For Whom the Bell Tolls.