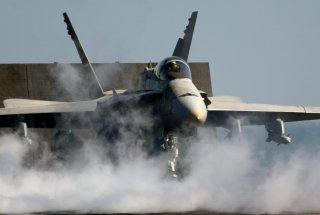 Here's What You Need to Remember: Should China, or a collection of anti-China allies attain any kind of air superiority in a major war, the country with the more effective 4th-Gen aircraft would, it seems, be best positioned to prevail. If advanced air defenses are rendered inoperative, then sheer fleet size and strike range expanse could be very decisive.

The United States, Australia, Japan, and India are all teaming up to prepare for war against China in an upcoming Indo-Pacific joint training exercise intended to strengthen networking and combat effectiveness among the allies.

In one sense neither the MIG-29K or F-18 are likely to operate with an ability to compete against stealthy, 5th-Gen Chinese J-20s or J-31s, yet to the extent that major warfare might extend over time, fleet size and advanced 4th-Gen attack systems could easily prove quite valuable, provided the Soviet-era and U.S. F-18s could network with one another and share information.