Which Semiautomatic Rifle Is the World’s Best ‘Sporting’ Rifle? 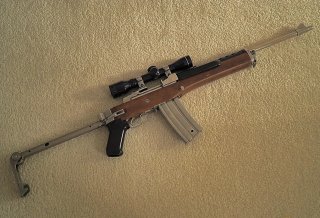 Here's What You Need to Remember: The strong growth of the AR-15 market has spawned cottage industries for rifles in other calibers, including .308 Winchester, nine-millimeter Parabellum, .458 SOCOM and others.

Kyle Mizokami is a defense and national-security writer based in San Francisco who has appeared in the Diplomat, Foreign Policy, War is Boring and the Daily Beast. In 2009, he cofounded the defense and security blog Japan Security Watch. You can follow him on Twitter: @KyleMizokami. This article is being republished due to reader interest.