Which Smith & Wesson Gun Is the Company’s Best Firearm? 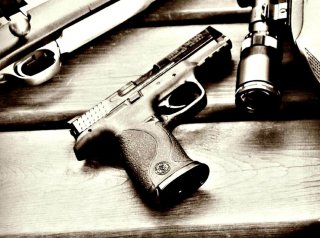 Here's What You Need to Remember: The powerful .44 Magnum cartridge was particularly popular with gun enthusiasts and hunters who stalked dangerous prey. Discontinued in 1999, Model 29 was recently put back into production.