Which Was Better: The Sherman Tank or Russia's T-34? 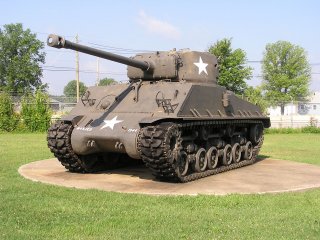 Here's What You Need To Remember: The Sherman was cheap to build, easy to fix, reliable to operate, and came to the war in such massive numbers that the (admittedly individually superior) German tanks were smothered under their weight.