Who Would Win a Third Sino-Japanese War? 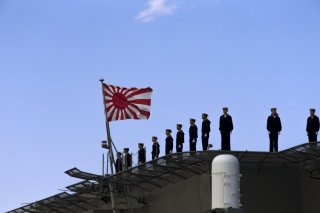 Here's What You Need to Know: The outcome may come down to who wants it more. Will China or the transpacific alliance muster more, and more sustained, enthusiasm for its cause?

If the old skeptic is right, the U.S.-Japan alliance could come under stress in wartime. Tokyo and Washington share the same immediate goal, conserving the US-led order in East Asia. Consensus about the surroundings and how to manage them would seem to cement allied unity. But as Clausewitz reminds us, the importance assigned to a goal -- not just the goal itself -- matters. One ally can place so-so value on a goal that another prizes dearly. Tokyo has status and territorial interests at stake, riveting its attention and energies on the dispute. Yet it's far from clear that the American polity -- state and society -- values custodianship of the maritime order or the defense of Japanese-held lands that highly. Suspicions could seep into allied consultations, with Tokyo questioning Washington's devotion and Washington resenting being dragged into war.