The Whole World Will Feel America's Pivot to Asia 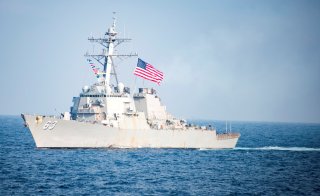 Here’s What You Need to Remember: In the age of the US–China cold war, America may be the indispensable power for East Asia, but not for other regions.

During the Cold War, Europe was America’s strategic priority. East Asia was largely a sideshow, even though the United States fought bloody wars in Korea and Vietnam, and also provided security for Japan, South Korea and Taiwan.

But in the unfolding new cold war between the US and China, America’s strategic priorities have flipped. Today, US security strategy is dominated by the China threat, and East Asia has replaced Europe as the principal theatre of the world’s defining geopolitical contest. And the security consequences of this shift in America’s focus are becoming increasingly visible.

Most notably, America’s adversaries are taking advantage of its preoccupation with China to test US resolve. Iran, for example, has hardened its position in the stalemated negotiations on reviving the Joint Comprehensive Plan of Action, the 2015 nuclear deal from which US President Donald Trump’s administration withdrew in 2018. Iranian leaders appear to be betting that President Joe Biden will be extremely reluctant to resort to military force and get bogged down in a new Middle Eastern war when the US is planning for a potential conflict with the Chinese People’s Liberation Army.

Russian President Vladimir Putin’s military threats against Ukraine are apparently based on similar calculations. Putin believes that he now has a far freer hand to restore Russia’s influence in its immediate neighbourhood, because the US can ill afford to be distracted from its strategic focus on China.

The recent actions by Iran and Russia vividly illustrate America’s strategic dilemma. To increase the likelihood of a favourable outcome in its cold war with China, the US must maintain its strategic discipline and steer clear of secondary conflicts that could divert its attention and resources. Biden’s abrupt—and botched—withdrawal from Afghanistan in 2021 underscores his administration’s determination in that regard.

How America’s standoffs with Iran and Russia play out remains to be seen, but it’s a safe bet that the US will sooner or later encounter similar tests elsewhere. Some regional powers will be tempted to bully weaker neighbours because they think that the US pivot to East Asia will make American military intervention much less likely.

To be sure, America’s focus on China will affect different regions differently, with much less impact on regional security in Latin America and Africa than in the Middle East. In Latin America and Africa, US policy in the coming years will likely emphasise economic, technological and diplomatic competition with China. The losers will be countries where China has negligible influence or interests.

The greatest security impact of the US strategic shift to East Asia will be felt in the Middle East, the region that relies most heavily on America for its security needs. In all likelihood, focusing on China will dramatically curtail America’s role as the region’s policeman. While the US will continue to provide arms and aid to its most important allies and partners, the Middle East as a whole will have to live without the US as its security provider.

More generally, if the US maintains its strategic emphasis on China, it will unavoidably lose considerable geopolitical influence. Countries that lose American largesse will understandably feel less beholden to the US.

But the diminution of America’s global stature could also bring significant benefits—for both the US and the rest of the world. Strategic discipline would make the US less likely to wage unnecessary wars. The dark side of US unipolarity during much of the post–Cold War era has been America’s recklessness in resorting to military force. According to the US Congressional Research Service, in the three decades since the Cold War ended, the US has used its armed forces abroad every year. In particular, it has squandered an immense amount of blood and treasure in two major wars in Afghanistan and Iraq.

Elsewhere, America’s new geopolitical orientation will force countries that have until now counted on US protection and support to learn to fend for themselves. For example, some Middle Eastern countries have sought to rebuild ties and foster peace in preparation for American disengagement: relations between some Gulf states and Israel have improved dramatically in recent years.

In Europe, ‘strategic autonomy’ may be mostly rhetoric for now. But as the US makes it increasingly clear to its European allies that the region is a secondary priority, they will have to turn their rhetoric into action.

Former US secretary of state Madeleine Albright once claimed that the US is the world’s ‘indispensable nation’. That description has arguably been true for most of the post–Cold War era. In the age of the US–China cold war, America may be the indispensable power for East Asia, but not for other regions. As this new reality takes hold, the rest of the world will have no choice but to adapt. That could lead to more military conflict, but it could also lead to more peace.

Minxin Pei is professor of government at Claremont McKenna College and a non-resident senior fellow at the German Marshall Fund of the United States.

This article was first published by the Australian Strategic Policy Institute in partnership with Project Syndicate.