Whom Does Russia Look To If Putin Gets Coronavirus? 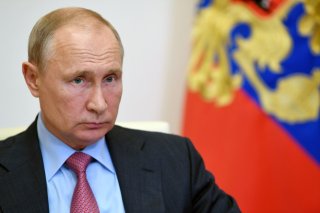 Here's What You Need To Remember: Regardless, members of the Security Council may be best equipped to provide continuity of government due to superior preparation and access to secure facilities in Moscow. While most information regarding these is highly classified, tidbits like Patrushev’s conference suggest that the Security Council is taking the COVID threat seriously and is utilizing facilities.

As world leaders continue to be stricken by COVID-2019, questions about Continuity of Government (CoG) have begun to arise. While many countries have a clear “line of succession” for who takes over responsibility if a leader becomes incapacitated, many don’t. For Russia, this line of succession is not clear beyond the first step, which is the prime minister assuming the duties of the president. But recent measures in response to COVID may provide some level of insight into the situation and how Russia has planned Continuity of Government.

Most leaders in Russia are still out and about, making statements and holding conferences regarding the virus. This includes Vladimir Putin, the president, Mikhail Mishustin, the prime minister, and Dmitry Medvedev, former president and prime minister and current deputy chairman of the security council. But there is a photo of Nikolai Patrushev, former FSB director and secretary of the security council, in what appears to be a secure underground facility, with his stream subtitled “СЦ СБ РФ.” СЦ СБ РФ expands to Ситуационный Центра Совет Безопасности Российская Федерация, or Situational Center of the Security Council of the Russian Federation. This situational center is said to be the core of the situational center network, which would allow Patrushev to monitor other centers across Russia.

This suggests that certain steps are being taken at least within the national security community to secure their leadership in time of crisis. Interestingly, this does not really square with the current legal basis for a line of succession in Russia, where the Security Council is not really involved.

Legally, the basis for a temporary line of succession is found in Russian federal constitutional law, which is below the Russian constitution but above normal federal law. Federal Constitutional Law No.2-FKZ of December 17, 1997 “On the government of the Russian Federation” discusses the procedure in Chapter II, Article 8 “The composition of the Government of the Russian Federation and the Procedure of Its Formation”. It states that if the chairman (prime minister) is absent, his duties should be performed by one of the deputy chairmen (vice prime ministers) in conformity with “the letter of division of responsibilities executed in writing”. However, as that letter is not public, some question the basis on which the deputy chairman could take office.

Another basis could be based on a list of seniority in government positions established by Executive Order from January 11 of 1995, No. 32 of which lists the Chairman of the Federal Council, followed by the Chairman of the State Duma and Chairman of Constitutional and Supreme Courts as the most senior positions in government. However, this too has a shaky legal basis on public governments. The Security Council is nowhere in this, which is indicative of civilian control over state security and military institutions in law. But, in practice, the members of the Security Council may attempt to seize power in order to maintain order.

Regardless, members of the Security Council may be best equipped to provide continuity of government due to superior preparation and access to secure facilities in Moscow. While most information regarding these is highly classified, tidbits like Patrushev’s conference suggest that the Security Council is taking the COVID threat seriously and is utilizing facilities.

Charlie Gao studied political and computer science at Grinnell College and is a frequent commentator on defense and national security issues. This article first appeared last April and is being republished due to reader interest.