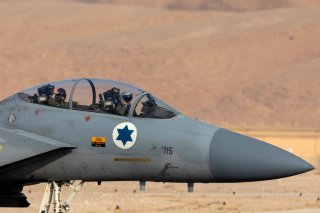 Here's What You Need To Remember: Jericho III is believed to carry a single nuclear warhead or three low-yield multiple independently targetable reentry vehicles. The precise yield of Israel’s ICBM warheads is unknown but unconfirmed reports peg them at 20 kilotons. By way of comparison, the atomic bomb dropped on Hiroshima was 16 kilotons.