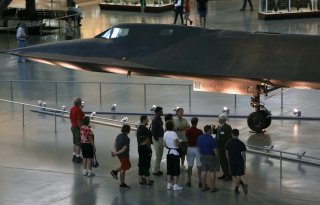 Here's What You Need to Remember: There will always be two questions associated with the Avro 730. First, how would it have compared with the SR-71? Since the 730 never flew, we can never be sure. But in terms of official specifications, the SR-71 would seem to have been a superior aircraft.

Michael Peck is a contributing writer for the National Interest. He can be found on Twitter and Facebook. This article first appeared several years ago and is being reposted due to reader interest.