Why Aren't Flamethrowers Used by the Military Anymore? 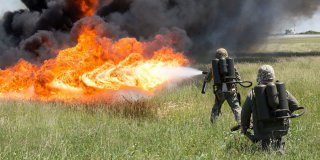 Key point: Flamethrowers have been used for a very long time. However, in modern times they began to fall out of favor.

This first appeared last yearand is being republished due to reader interest.