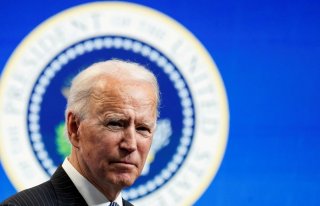 Here's What You Need to Remember: The Biden administration, to its credit, has tried to focus his aid on those hardest hit by the pandemic. Rather than implementing a fourth stimulus check – which would give every American below a certain income level cash relief, arguably including those who do not urgently need it – the president’s measures have been more targeted.

There is no doubt that the COVID-19 pandemic has had extremely negative consequences for all Americans.

More than half a million have died from the COVID-19 virus; lockdowns throughout 2020 shut hundreds of millions inside their homes; schools were closed across the country, and the unemployment rate in April 2020 was the highest since the Great Depression.

On the economic side, many families dipped into their savings during the pandemic, as steady jobs remained scarce.

Fully a year and three months after the onset of the pandemic in the United States, the picture has improved somewhat. The unemployment rate has steadily decreased, although it remains high, and did not improve as much as expected in April 2020. More consequently, more than 200 million vaccine shots have been distributed so far, and as lockdowns come to a close across the country, it is expected that unemployment will decrease sharply as businesses and stores reopen.

With that said, however, the recovery will take a long time. And it will probably not be achieved evenly for all groups; the part of society that was hardest hit by the pandemic, the lowest earners, will probably take the longest time to recover as well.

The unemployment rate’s decrease has been universal in recent months, but this number does not accurately reflect the outcome for the poorest Americans. Although their numbers are improving, too, the lowest earners are still employed at 30% less of their pre-pandemic totals. Americans making $60,000 per year or more, on the other hand, have fully recovered their employment by now.

This is most likely a function of white-collar jobs being easier to perform over the Internet, while blue-collar jobs are concentrated in industries – hospitality and food service workers – which the pandemic has severely impacted. It has been estimated that as many as three million hospitality jobs evaporated during the pandemic; no one is sure when these will return, and it is likely that the turmoil will continue for some time after the pandemic ends because of business closures.

The Biden administration, to its credit, has tried to focus his aid on those hardest hit by the pandemic. Rather than implementing a fourth stimulus check – which would give every American below a certain income level cash relief, arguably including those who do not urgently need it – the president’s measures have been more targeted; under the American Rescue Plan, for instance, he has temporarily increased the Child Tax Credit to up to $3600 per child per year. (This temporary measure expires at the end of this year; Biden has proposed extending it to 2025.)

Another substantial measure passed has been federal unemployment insurance, which has provided $300 per week to unemployed workers – although some of the president’s critics have suggested that these payments de-incentivize employment, and moved to eliminate them.