Why Body Cameras Can't Take the Place of Police Reform 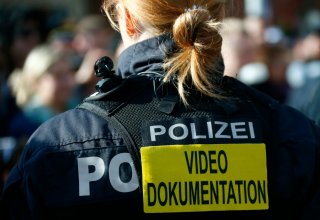 The deaths of D’Andre Campbell, Regis Korchinski-Paquet, Chantel Moore, Rodney Levi and Ejaz Ahmed Choudry have raised awareness of police violence in Canada. In response, calls to defund the police have gained traction across the country.

Political leaders are acknowledging racism and police violence as serious problems, with some promising to take action. Many of their proposals actually increase police funding, particularly for surveillance technologies like body-worn cameras and closed-circuit television (CCTV) cameras.

Read more: Watching the watchers: Police use of body cameras needs to be monitored

Civil liberties organizations and researchers argue that police surveillance technologies disproportionately harm Black, brown and Indigenous communities. Why, then, are leaders supporting their use while acknowledging racism and police violence as serious issues?

Having studied the evidence base for police surveillance technologies, we believe the answer lies in the problematic framing of these technologies as effective reforms.

Policymakers often present surveillance technologies as tools for curtailing police misconduct and as necessary responses to crime in communities.

Prime Minister Justin Trudeau has pledged to work with provincial governments to implement body-worn cameras, citing that many Canadians “do not feel protected by the police.” Toronto City Council has passed a motion to increase the police budget to support reforms that include outfitting the city’s police with body-worn cameras by 2021. The Toronto Police Services Board initiated the process this week, committing $34.1 million over five years for more than 2,000 body-worn cameras.

Ontario Premier Doug Ford has announced a $6-million grant program to support the expansion of CCTV surveillance, claiming it will identify and counteract organized criminal activity. This funding adds to the $6 million earmarked to support police responses to gang violence and sex trafficking.

The growing investment in police surveillance technologies extends beyond Ontario. Other Canadian cities, including Halifax, Montréal and Thunder Bay, have plans to pilot body-worn cameras on grounds they will improve police transparency and address systemic bias. Even though some cities have reduced their overall police budget, they have funded more CCTV cameras, as is the case in Edmonton.

Justifications for police surveillance technologies often link their implementation to positive change. Such claims do not always capture the full picture of their effects. For example, while some studies show an association between CCTV cameras and reductions in crime, scholars note that police using CCTV footage still misidentify individuals.

The research on body-worn cameras is also mixed. Some studies suggest body-worn cameras are promising interventions even though police violence continues in communities where they are used. Many experts characterize the evidence as either weak or inconclusive.

As part of the push for evidence-based policing, experiments conducted by criminologists and policing researchers have become a benchmark for assessment. Many scholars, however, argue experimental studies are not fit for purpose when it comes to understanding “what works.” This critique applies to body-worn cameras experiments, which are conducted in controlled settings to isolate elements of police-citizen encounters and the technology’s effects. By design, they fail to capture the broader context that informs citizens’ interactions with officers.

Body-worn cameras and CCTV, like other behavioural police reforms such as de-escalation and implicit bias training, target individual actions. These interventions do not address organizational dynamics and structural inequalities that contribute to police violence, making them largely ineffective.

Contracts with technology companies are costly and contribute to harmful police practices, most notably in relation to Black, Indigenous and ethnic minority communities. For example, U.S. Customs and Border Protection has explored body-worn cameras equipped with facial recognition software to expand its capacity to identify undocumented immigrants.

Reports of Canadian police forces adopting facial recognition technology have raised alarm about the disproportionate harms that may accompany their use. A recent Ontario Human Rights Commission report supports these concerns: it shows that Black Torontonians are far more likely to be targeted by surveillance and to experience criminalization and police violence than any other group.

Advocacy groups, including Black Lives Matter and Doctors for Defunding Police, call for significant reductions in police budgets so that resources can be directed to community-led initiatives that address systemic inequality. Racism and police violence are rooted in historical and institutional legacies, not individual actions of bad cops.

Read more: How to understand police violence: Not a case of good cop vs. bad cop

Anti-poverty and decarceration programs — including housing, health and education services — are the kinds of reforms experts argue are necessary for meaningful change. Funding community services and resources are especially critical in Black and Indigenous communities, where inequality has continued to widen during the coronavirus pandemic.