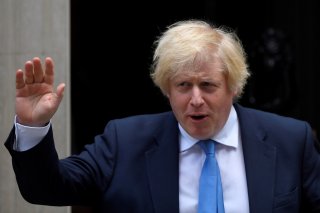 British Prime Minister Boris Johnson has lately made a habit of appealing to “good British common sense” as a solution to any problem or controversy.

During the coronavirus pandemic, Johnson has repeatedly referred to “common sense” and “British common sense” at prime minister’s questions. And while it wasn’t explicitly stated, the same message appeared to underlie the government’s response to the Dominic Cummings scandal. Defending his chief adviser, Johnson claimed Cummings was following the “instincts” of every parent by driving across the country with his son during lockdown.

Jacob Rees-Mogg, leader of the House of Commons, also notoriously said in November 2019 that victims of the Grenfell tower fire who lost their lives following firefighters’ advice to stay inside the building should have followed their common sense and fled.

In both cases, the use of such a glib comment to refer to such a high stakes matter raises the question: what do they actually mean?

Encouraging the public to follow “good British common sense” may seem a harmless piece of advice. Philosophical debates about common sense, however, reveal that there is no consensus about what the phrase means. Even worse, it often turns out that seemingly innocent appeals to common sense are actually masking controversial ideas or viewpoints. This suggests that asking the public to rely on common sense is an irresponsible thing for a politician to do.

What is common sense?

References to common notions stretch back as far as Euclid who, in his Elements (thought to have been published around 300 BC) lists several mathematical principles that are self-evident and cannot be doubted. Such principles are common to all mathematical reasoning.

It is in the hands of philosophers in Enlightenment Britain, however, that common sense as we know it became a popular topic for philosophical debate. In the 17th century, Herbert of Cherbury claimed that common notions were the product of human “natural instinct”.

The best known “common sense philosopher” was the Scottish thinker Thomas Reid, who wanted to find a way to combat the sceptical philosophy of his compatriot David Hume. He turned to common sense to defend his claim that no matter how much you philosophise it is impossible to doubt the existence of the world around us. After Reid, common sense philosophy was popular in Scotland for most of the 19th century.

Reid tells us common sense is literally a sense. It is something that is “common to men with whom we can converse and transact business”. It is not exactly clear who Reid is attributing common sense to, and whether he includes women.

But what is it? How do we know when someone is following it? Reid tells us not to worry, because:

when it is made a question, whether a man has this natural gift or not, a judge or jury, upon a short conversation with him, can, for the most part, determine the question with great assurance.

Reid thus seems to endorse using common sense to work out if someone else is doing the same. Perhaps most unhelpfully of all, he writes: “it seems to me, that common sense is as unambiguous a word, and as well understood as the county of York.” It remains unclear what we are to make of that.

Reid’s case shows us that, though it is natural to appeal to common sense, it is far from obvious what it actually is, despite the fact that we apparently all have it.

There were echoes of this conundrum in Johnson’s claim that “everybody understands” social distancing rules. Clearly, it is not the case that “everybody understood” government guidelines. Did the vast majority misunderstand when they stayed at home or did Cummings misunderstand when he left his home? Deliberately or not, Johnson (like Reid) seems to have relied heavily on a very ambiguous set of circumstances.

One answer is that common sense is simply popular opinion. But as the German philosopher Immanuel Kant argued, if that’s what common sense is supposed to mean then it is unclear why we should follow it. After all, it was popular for a long time to believe that the Earth is flat.

Appeals to common sense in philosophy are also often used to disguise controversial ideas or make them seem more palatable. This is what Reid thought was going on with the Irish philosopher George Berkeley, who had argued that the only things that exist are minds and ideas – and that matter doesn’t exist.

Berkeley claimed that he was defending common sense; he found that the scientific idea of “matter” was something that did not sit easily with our everyday experience of things.

Reid claimed this was a deceitful ploy: Berkeley only said this because he knew he would be accused of contradicting common sense. In other words, Reid thought Berkeley was masking his own controversial ideas behind an appeal to common sense.

If the history of philosophical debates about “common sense” has taught us anything, it’s that there is no consensus about what those words imply. Whether one is trying to combat philosophical scepticism or defend questionable decisions during a global pandemic, these debates suggest it is irresponsible to rely on talk of common sense. So we ought to be troubled when we see governments incorporating common sense into instructions or advice. The outcomes, for many people, could literally be a matter of life or death.