Why Britain Has Struggled to Upgrade Its Warrior Fighting Vehicles 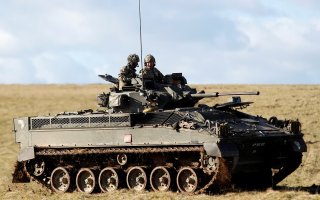 Here's What You Need to Know: The program suffered delays and overruns. Progress on the WCSP now is dictated by the performance of trial vehicles in what are called the Reliability Growth Trials (RGTs), evaluations of the capabilities of the vehicles on the Bovington proving grounds.