Why a Ceasefire is Crucial to Successful Afghan Peace Talks 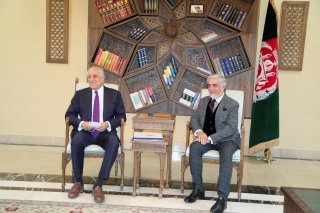 Peace talks between the Afghan government and Taliban are set to resume today in Doha, at a time of heightened violence in Afghanistan and uncertainty about the prospects for an end to four decades of crushing conflict.

The agreement the US signed with the Taliban last February to start the peace process marked a breakthrough. The US pledged to significantly reduce its troop numbers in the country, while the Taliban promised to negotiate a settlement and permanent ceasefire with the Afghan government and disassociate itself from al-Qaeda and other terrorist groups.

Since the peace talks began in September, however, there has been little progress. The two sides have only agreed to the rules and procedures for future talks, while no discussion on a ceasefire has taken place.

In fact, violence surged in Afghanistan while the talks were underway. The number of civilian and security force deaths last year remained very high.

So, as round two is set to begin, what are the main obstacles to peace and how they can be addressed?

What the parties have agreed to so far

The conflicting views of the Afghan government and Taliban have been a major sticking point in the talks so far.

The Afghan government envisions a pluralistic society in Afghanistan, where people elect the head of the state and the state guarantees equal rights to citizens and protects minorities.

For the Taliban, identity and legitimacy are based on a theocratic and totalitarian form of governance. Under their rule in the 1990s, women were banned from work and education.

The government is referred to as the Islamic Republic of Afghanistan, while the Taliban call themselves the Islamic Emirate. Both parties wanted their names to be included in the rules of procedures for the talks, as these names represent their core values.

In addition, the Afghan government refused to accept the US-Taliban deal as the basis for negotiations because it was not a party to the agreement.

It also rejected the Taliban demand to rely exclusively on the Hanafi sect of Islam to resolve any differences in the interpretation of Islamic law. Instead, the government recognises a role for both the Hanafi and Shiite sects.

To reach a compromise, references to both the Islamic Republic of Afghanistan and the Islamic Emirate were excluded from the rules of procedures for the talks.

The two sides also agreed that any conflicts on the interpretation of Islamic law would be resolved by a joint committee of the negotiation teams.

And the US-Taliban agreement would remain a pillar of the negotiations, in addition to three other principles: the wishes of the Afghan people, the commitment of the two parties, and the UN’s goal for a durable peace.

The major issues yet to be discussed

The next round of peace talks should be lengthy and complex. It is expected to address some fundamental issues, including an agreement on a comprehensive ceasefire, the form of state that Afghanistan should have and a transitional governing arrangement for a post-peace deal.

One major obstacle is the differing priorities of the Afghan government and Taliban.

For example, the government sees an immediate and comprehensive ceasefire as a main priority, while the Taliban does not. The Taliban believes it can gain more by violence than in talks and, if it agrees to a ceasefire, it will be difficult to retain its leverage.

Pessimism is also growing about the prospects for peace because of the continuing high levels of violence and targeted assassinations in Afghanistan. Jens Stoltenberg, the NATO security general, recently warned there is no guarantee of success for Afghan peace.

The first step in the next round of talks is for the parties to set a clear agenda and focus on an acceptable outcome. The two sides should agree to an immediate and comprehensive ceasefire as a minimal condition for the talks to continue until a peace deal is agreed.

The rules of procedures for the talks specify the demand of the Afghan people for durable peace, as well as the commitment of the two Afghan negotiating parties to a durable peace. These ideals should remain a focal point for the talks.

But what matters most for Afghan citizens is the type of peace deal that comes out of the negotiations. Many citizens worry a compromise with the Taliban will endanger the gains achieved since 2001, including women’s rights, the protection of minorities and freedom of expression.

As such, a referendum is needed on any peace deal to let Afghan citizens have the final say.

The Afghan peace process is fragile, but its failure may lead to more conflict and misery for the country. It is an opportunity, and if it progresses well, it can pave a path to durable peace.