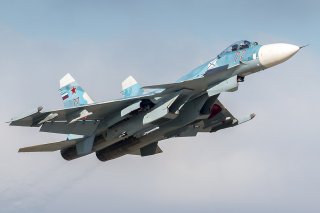 Here's What You Need to Remember: While the Su-33 is probably superior to the J-15 in reliability and engine power, the J-15 is simply a more modern aircraft and is integrated with modern ergonomic design concepts. China’s effort in tearing down the airframe and (even imperfectly) understanding how it works has allowed them to thoroughly modernize it and develop new variants of it.

Recently, Sputnik International put out a piece bashing China’s based J-15 carrier-based fighter jet, describing it as having problems with its flight-control system. But the J-15 is itself a derivative of the Russian Su-33 Flanker. Is the Chinese jet really that inferior to the Russian one? Or are the problems shared, and the article an attempt to distract from the Russian fighter’s own failings?